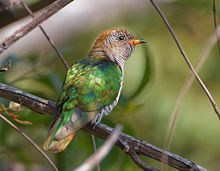 The Internet Cuckoo Clock is now online with an hourly tweet and local playing of mp3 cuckoo audio during daylight hours. While this accomplishment is significant, the new clock program will undergo radical transformation as time goes on.

As of June 2018 the project is now moving ahead to integration of the clock case and the Raspberry Pi computer that drives the Internet portion of the Cuckoo. Video of the project will be recorded soon and we will share the specifications of the project on Instructables.com.

We will post more as the progress continues and also detail plans for themed clocks and creative ideas to carry the concept forward.

For now, the clock will provide the time for GMT time as well as Pacific local time since that is the timezone the clock resides in. At some point in the future, we'll look for ways to provide local time for all time zones in the tweets provided by the clock, but need to investigate this further.